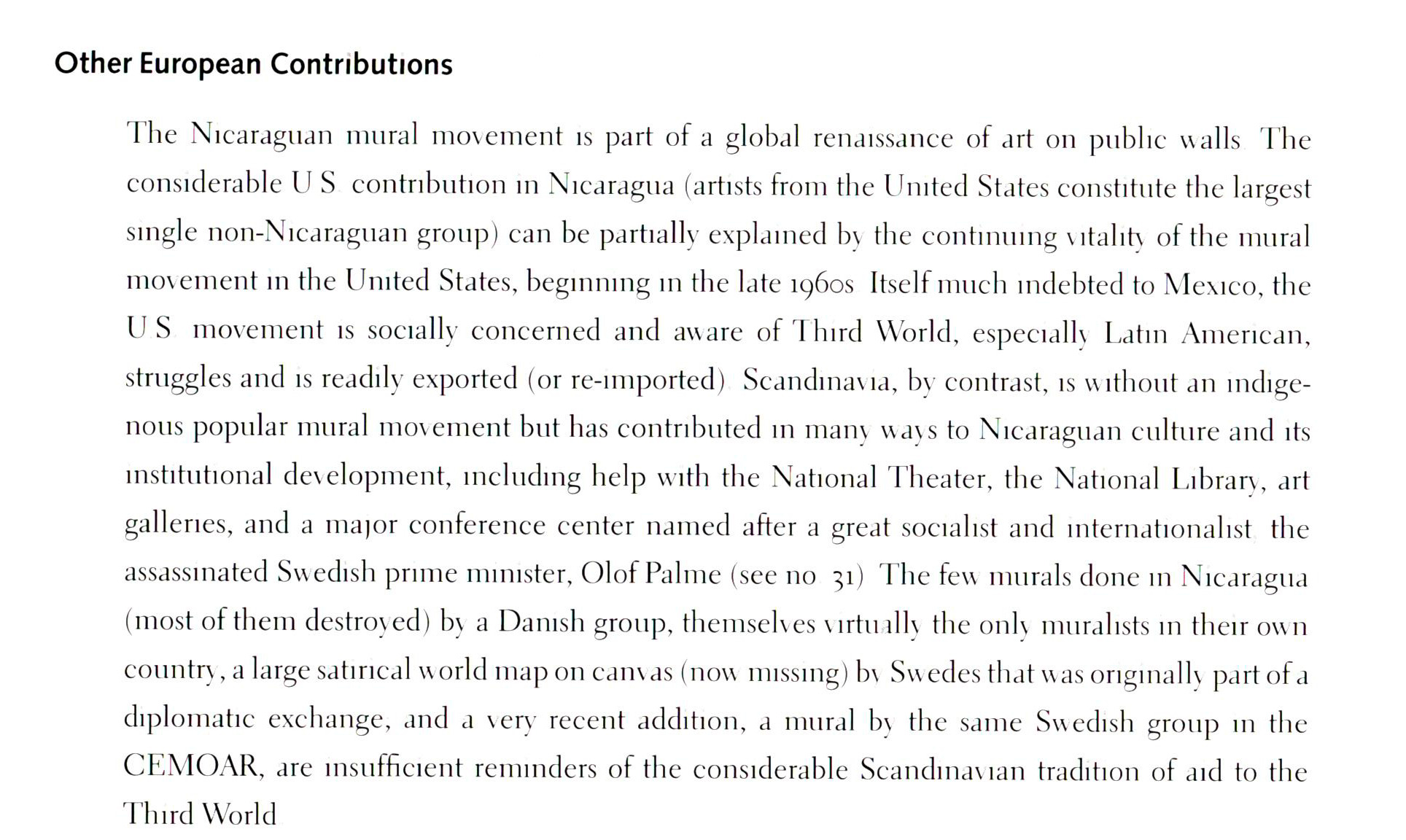 The Nicaraguan mural movement is part of a global renaissance of art on public walls The considerable U S contribution in Nicaragua (artists from the United States constitute the largest single non-Nicaraguan group) can be partially explained by the continuing vitality of the mural movement in the United States, beginning in the late 1960s Itself much indebted to Mexico, the US movement is socially concerned and aware of Third World, especially Latin American, struggles and is readily exported (or re-imported). Scandinavia, by contrast, is without an indigenous popular mural movement but has contributed in many ways to Nicaraguan culture and its institutional development, including help with the National Theater, the National Library, art galleries, and a major conference center named after a great socialist and internationalist, the assassinated Swedish prime minister, Olof Palme (see no 31) The few murals done in Nicaragua (most of them destroyed) by a Danish group, themselves virtually the only moralists in their own country, a large satirical world map on canvas (now missing) by Swedes that was originally part of a diplomatic exchange, and a very recent addition, a mural by the same Swedish group in the CEMOAR, are insufficient reminders of the considerable Scandinavian tradition of aid to the Third World.